Recently one of our customers asked me to provide them with information about the risks of unrestricted or lightly restricted outbound network traffic. As such, I decided to write this blog entry and share it with everyone. While some of the risks behind loose outbound network controls are obvious, others arenâ€™t so obvious. I hope that this blog entry will help to shed some light on the not so obvious risksâ€¦

Just about everyone is familiar with the risks that are associated with the inbound type. Those risks include things like Vulnerable Web Applications, unpatched services running on Internet facing production systems, etc. In fact, most people associate the idea of security with the inbound connection type more so than the outbound type. As a result, they end up leaving the most vulnerable part of their business open to attack. 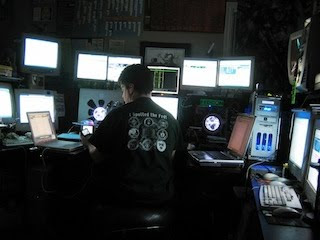 The compromise doesnâ€™t stop at the employees computer. The instant that the employees computer is compromised then the network that the computer is connected to is also compromised. At that point the attacker can use ARP Poisoning to perform Man in the Middle attacks (or other more direct attacks), or just to capture user credentials. Either way distributed metastasis is almost inevitable if the attacker has any semblance of skill. (Thank god Netragard didnâ€™t really embed a malicious link in this blog entry right?).

The good news is that suffering a compromise doesnâ€™t need to be costly or technically damaging. If the proper policies, procedures and controls are in place then a compromise can be relatively harmless from a cost in damages perspective. Outbound connection controls are an example of controls that everyone should have in place.

If outbound connections are restricted to specific protocols and can only be established by authenticated users then attacks like the one described above will be largely ineffective. The outbound controls might not always prevent the users computer from being compromised, but they will usually prevent the users computer from establishing a connection back to the attacker (which will ideally prevent the attacker from taking control of the computer). In such a case, the computer will need to be reinstalled but at least the rest of the network will still be intact.

What Thieves Know About Anti-Phishing Solutions & What This Means To You
June 26, 2017
Hacking casinos with zeroday exploits for fun and profit
November 29, 2016

How we tricked your HR lady into giving us access to every customers credit card number
August 3, 2016
Ukrainian hacker admits stealing business press releases for $30M, What they’re NOT telling you -Netragard
May 17, 2016

Popular Posts
Hacking casinos with zeroday exploits for fun and profit381 Total Shares
How we tricked your HR lady into giving us access to every customers credit card number361 Total Shares
Inside The Brains Of A Professional Bank Hacking Team161 Total Shares
EXPOSED: How These Scammers Tried To Use LinkedIn To Steal Our Client’s Passwords131 Total Shares